The Nuraphone is a headphone from a company called Nura. What’s unique about the Nuraphone is that it combines earbuds and ear cups in hopes of bringing something fresh to the table. And after having it for about 2 weeks, I can say that it is a new listening experience. But is it a good one? That’s what this review will tackle today.

[Disclosure: We reached out to StreamCastAsia and they were kind enough to send us a Nuraphone unit. This is not a paid review. All views expressed in this review are solely of the writer. We would like to thank StreamCastAsia for sending us this unit. ]

The Nuraphone looks like any other headphone, except when you look closer you’ll find earbuds that stick out of the ear cups. There is a reason for this which we will explore later in the review.

The frame of the Nuraphone is made out of steel with a head-pad underneath it. Because the frame is fixed and not retractable (a la Sony 1000XM series and Bose QC series), adjusting the fit is by moving the the cups up/down along the groove. It’s also worth noting that the frame is not foldable either.

There’s a usb charging port on the right ear cup and two touch sensitive buttons on both ear cups. These buttons can be programmed to perform actions like activate noise canceling, next/previous track, toggle play/pause, etc.

Head here for the setup of the Nuraphone.

The main feature of the Nuraphone is a personalised hearing experience. The premise is this – everyone’s ear is unique in its makeup; therefore the way we experience sound can differ. So during the setup of the Nuraphone, you are required to wear the Nuraphone and it will play various tones. These tones are meant to detect the shape of your ear and the result of this is a custom hearing profile which you can activate/deactivate.

Next is Aptx HD codec. Aptx HD is the latest and greatest audio codec for bluetooth devices. It is able to encode audio at a bitrate of 576 kbps. For comparison, standard encoding like AAC and SBC can manage 264 kbps and 320 kbps respectively. These number basically mean, the higher the bitrate, the better the audio quality. Unfortunately for me, I wasn’t able to enable AptX HD as my phone doesn’t support it.

Another feature is called Immersion mode. What Immersion mode aims to do
is to bring you right to the centre of the action. This is done by adjusting a slider
from ‘low’ to ‘front row’. With ‘front row’, the ear cups mimic the feeling of being
at a front row of a performance. Selecting ‘low’ removes this effect and you listen as you would normally.

I wanted test whether Personalised mode really had an advantage over a headphone with no such function. So, I sourced around and thanks to my friend, I managed to grab a Sony WH-1000XM2 for comparison. The music for this comparison was Daniel Caeser’s Best Part (Jakarta International Java Jazz Festival 2018). Not taking away anything from the Sony WH-1000XM2, it sounded good but flat. The Nuraphone however was more complete. I could hear the various layers coming together – picking of the guitar, soulful keys, the drum beats and bass.

Next is Immersion mode which is supposed to make you feel right in the action. According to the description: “Your nuraphones have bass drivers in each ear cup that you can adjust to create the feeling of a live performance. We call this feature Immersion Mode.”

With Immersion Mode, I think what it’s trying to achieve is to mimic how near you stand to the bass speakers if you were in a real concert/performance. Like in a real concert/performance, the more front row you are, the more impact the speakers have on you. And in the app, as the slider got closer to ‘Front Row’, the heavier the bass got. The way it rumbled did feel like you were standing right in front the bass speakers.

Here’s what I felt about it. If Nura’s definition of ‘creating a feeling of a live performance’ is going to be how strong the bass gets, then I don’t think it did it for me. I guess I was expecting some special effect to make me feel as if I was really in a live performance and not just about bass levels.

However, where I really enjoyed Immersion mode was when the slider was closer to the ‘low’ setting instead of ‘front row’. At the low setting, the bass is nearly inaudible but it is still there. And with Nuraphone’s unique design of separating the primary sound into the earbuds and assigning the ear cup to play the bass, it does something to your ear. I’m not sure the science behind it but was this weird sensation that somehow provided a fuller listening experience.

I used the Nuraphone mostly in the office and with noise canceling activated, it blocked out roughly 95% of the outside sound. And whenever a colleague called for me, I just had to enable Social Mode (noise canceling deactivated) to listen. In Social Mode, microphones in the ear cups pickup outside noise for you to hear, and I have to say it worked pretty well. It worked so well, it’s almost as if my ears suddenly became bionic. You may be wondering, “Ok, but how does the noise canceling perform outside?” Well, it performed satisfactorily.  I went to a cafe during lunch time to test it out and with noise canceling activated, I could still hear very faint murmurs of customers and sound of cutlery. However,  overall, I was pleased with the noise canceling on the Nuraphone.

During my time at the cafe, it so happened that I had the Sony WH-1000XM2  with me. So a quick comparison had to be done.  If the Nuraphone is at 95%, then the WH-1000XM2 is at 99%. The WH-1000XM2 just blocked out all outside sound. Indeed it was a testament of their market leading noise canceling technology.

Using the buttons on the Nuraphone was a mixed bag. On one hand, having only one button on each side meant that your fingers didn’t have to fiddle around. It also meant that accessing the button was a straightforward simple tap/double tap. However, because of this limitation, certain actions can get mixed up. For example, most headphones in the market have volume up/volume down buttons. And adjusting the volume is just a matter of  pressing the physical buttons. But on the Nuraphone, these actions are assigned to taps/double taps. In my case, I had assigned right side – single tap for volume up and left side – single tap for volume down. No issues so far. The only problem came when my right side – double tap was also assigned to skip to the next track. So when I wanted to volume up a few notches, I found myself accidentally skipping to the next track.

I must mention one quirky behaviour though –  toggling the noise canceling on/off  causes an audible ‘click’ sound to be heard by those around you. Nothing particularly harmful in public spaces, but if you’re in a quiet environment it may cause an annoyance.

Let’s talk about the fit. To adjust the clamping force, you have to move the ear cups up/down along the grove and doing so is not a straightforward affair. This is because unlike retractable headbands ala Sony and Bose, the ear cups are meant to be fastened on the groove to maintain the fit. So moving them up/down requires some pressure and some index finger and thumb maneuvering. Not the most pleasant and straightforward.

Next, wearing the Nuraphone takes some getting used to due to the fact that you’re wearing earbuds AND ear cups. And as I have found, there is a proper way to wear it. Ensure that the earbuds aren’t stuffed all the way in. I did that for the first two days and it felt uncomfortable after 1.5 hours of using it. The more forward your ear cup is, the more inserted the earbuds are going to be. Instead, adjust the ear cup by moving it slightly to the back. That way the earbuds won’t be lodged directly in your ears.

In terms of portability, I don’t think its meant to be taken out on your daily commute. Instead, I think that it is meant as an indoor headphone. The primary reason for this is the design and the weight of the Nuraphone. Most headphones have swiveling ear cups and retractable headbands and the Nuraphone has none of them. This makes the Nuraphone stiff and not maneuverable friendly. Combining that with the weight – 329g  (latest flagship comparison: 254g on Sony WH-1000XM3 and 234g on Bose QC35 II), having it around your neck can be quite tiresome in the long run.

The Nuraphone is advertised to last up to 20 hours on a single charge. I managed to clock around 16 hours, which was ok. I used it mostly with my phone watching Youtube and listening on Spotify. In terms of voice assistants, the Nuraphone doesn’t support any.

You can pay a visit or contact StreamCastAsia at Jaya One (Petaling Jaya) to purchase.

The Nuraphone has impressed me. Coming into this review, I was skeptical as to how an earbud would work in conjunction with an ear cup. The thought that kept going through my mind was ‘Is this a gimmick’ ? And I can safely say, no. What the Nuraphone provides is the separation of the bass driver that’s directed at your outer ear. I don’t know exactly what this does, but when combined with the earbuds, it gave the music I was  listening to a richer experience. Another major plus is the custom hearing profile. As of now, I think the Nuraphone is the only headphone to provide this and it has been proven that it really works. The only area that is undecided for me are the buttons. It is matter of simplicity vs practicality and I’m still torn between the two.

So should you buy it?

Yes – if you’re adventurous enough. Coming in at USD$399, it’s just slightly pricier compared the acclaimed Sony WH-1000XM3 (USD$348) and Bose QC35 II (USD$349).  This $50 difference can provide a conundrum on whether to just settle for established brands or be brave to try something new. To help you make the decision, I pose you this  question “What are you actually getting for $50 more?” Well, I think what you’re getting is a real customised listening experience which is only unique to you. So if you can spare an extra USD $50 and want to try something other than what’s in the market I recommend to go for it. 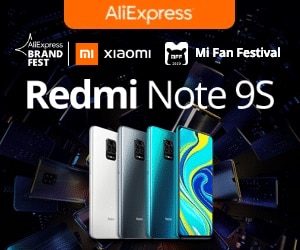 Today we have the review of the Yeelight Aurora Lightstrip Plus.  You will see what it can do, how well... 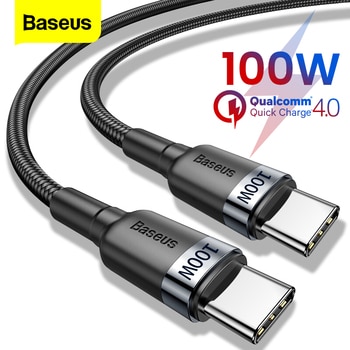 Now that you're working from home (due to the coronavirus), you may be thinking of upgrading your gadgets for better...

How to link the Yeelight White bulb to Amazon Alexa.

Video on resetting the GE smart bulb looks like a prank. But it’s not.