The WF-SP700N suffers from one issue that could be a deal breaker. But is it bad enough to make you look elsewhere? Today we have the review of the WF-SP700N from Sony. It’s a pair of bluetooth earphones that’s geared towards the active lifestyle. We will look at its features and performance and whether or not you should be getting one.

[Disclaimer: We reached out to Sony Malaysia and they were kind enough to send us a WF-SP700N. This is not a paid review. All views expressed in this review are solely of the writer. We would like to thank Sony Malaysia for sending us this unit. ]

The WF-SP700N looks like, well, a pair of earphones. As small as it is, it has a button on each earbud. The left is mainly to toggle between turning on/off noise canceling and the right to pause and skip tracks.

The WF-SP700N comes with a casing that doubles up as the charger as well. Located above the usb port is the NFC logo which allows you to pair the earbuds with a tap of your phone. More on NFC later in the review.

Head over here for the setup of the WF-SP700N. Come back and continue with the review once you’re done!

The main feature of the WF-SP700N is noise canceling. To enable it press the tiny button on the left earbud. Each press of the button will toggle the following: Ambient Sound On/Off and Noise Canceling On/Off. With Ambient Sound turned On, WF-SP700N lets in some outside noise. This is useful if you need to listen out for something, like vehicles in traffic, announcements over the PA or your colleagues in office. With Ambient Sound turned Off, it’s just like wearing normal earphones without any sound manipulation. And here’s the star – Noise Canceling. With Noise Canceling turned On, outside noise is muted giving you full concentration on the task and hand (i.e. work, exercising or just chilling). And when it’s Off, it’s back to the ‘Standard Mode’ without any noise manipulation.

Pairing the WF-SP700N is easy due to NFC. As soon as you take it out of the casing, it will automatically power on. Next all you have to do is tap the back of your phone to the NFC logo that’s printed on the casing. This triggers the phone to turn on it’s bluetooth connection and automatically pair with the WF-SP700N. This eliminates the step of turning on your bluetooth manually. Although trivial, it really made the pairing seamless. Not all mobile devices have NFC, so do check your phone’s specifications.

The controls on the WF-SP700N are well thought of considering the limited amount of space for the buttons. Actions like activating noise canceling or changing the next track was responsive. Think of the buttons like the bumps on the ‘F’ and ‘J’ letters on the keyboard but more pronounced. The only thing I didn’t like is that pressing them too often can be quite uncomfortable as it would leave indents on your fingers.

A normal day would have me typing and clicking in front of a desktop. Coupled that with nearby colleagues chattering here and there and you have a typical day at work. With noise canceling activated, the sound of the typing and clicking is no longer heard. As for other ambient sound, it’s much reduced, by about 80%. You definitely can’t compare it to Sony’s WH-1000XM3, but for it’s size, the noise canceling on the WF-SP700N performs satisfactorily. One thing I do notice is that with noise canceling enabled, there seems to be some pressure emanating from the earbuds. It’s as if that pressure was creating a seal between my eardrums and outside noise. I’m unsure whether this sensation is also felt in other noise canceling headphones but it took me a while to get used to it.

Since the WF-SP700N is targeted towards the active life, I tested it out with a jog at Bukit Kiara. I put them on, whipped out an upbeat song, enabled noise canceling and off I went. I wanted to see how secure it would stay in my ears. The first 50 meters was good. As I went further it started to get loose; not until it would fall out, but more like wobbling in and out. This could be due the the smaller ear-piece fitting that was on. No biggie. With noise canceling enabled, I was totally shut out from the crickets and birds and any passersby chitter chatter. If you don’t like noise canceling in this type of setting (like me), just press the left button to enable ambient sound. This lets in outside noise so you won’t feel too isolated. Changing music tracks was easy too, just press the button on the right earbud and it skips to the next song.

How does the WF-SP700N sound? Well good, not-so-good and problematic. It’s worth noting that the WF-SP700N supports the standard SBC codec and doesn’t have aptX. Ok, let’s start with the good. Overall the WF-SP700N makes for a pleasant listening experience. In Nothin’ On You (feat. Bruno Mars), Bruno Mars’ signature voice was clear while B.o.B’s verses were crisp. In Shut Up and Dance (WALK THE MOON), the bass plays a big part and it supported the whole song well.

Now the not so good. Vocals in some songs sound as if having very minor distortions. Take Dua Lipa’s Thinking ‘Bout You (Spotify Sessions) for example. Throughout the song, her voice wasn’t as clear as I would’ve liked it to be. Another example is How To Save A Life (The Fray). After listening to a few more songs, I’ve come to an educated guess this only happens where the vocals feature above the instruments, if i’m making any sense.

And now, the problematic part; the WF-SP700N has syncing issues with audio and video. I first noticed this when surfing on Youtube where I experienced an audio lag of 1 – 2 seconds. The funny thing is that with only one earbud turned on, the syncing of the audio and video is fine. But with both turned on the lag occurs. Unfortunately, this behaviour is the same across all devices as I tried it on my mobile phone (Xiaomi Mi5S Plus), iPad (2018) and Asus laptop (S350). I tired searching online for a solution thinking that it may be a firmware issue that could be updated. And what I discovered was the knockout punch. The sync issue is a known problem and Sony can’t do anything about it. A check in the Sony Community forum revealed the Sony’s representative’s reply:

“Due to the characteristics of wireless technologies, playback in the headset is slower than the playback of sound and music in the transmission device, so when using it to watch videos or play games, the picture and the audio may be out of sync.”

In other words, you’re screwed. It’s perplexing that the WF-SP700N didn’t go through proper quality control to flag this issue because I’m sure it would’ve been detected. How can it be that in this day and age, bluetooth earphones can’t sync audio and video? To be fair Sony didn’t try to beat around the bush and addressed it openly and honestly. But still.

Bluetooth connection was great. I managed to walk to a distance of 20 feet from my mobile phone and didn’t experience any dropped audio. For the battery, I managed to get around 4 – 5 hours of usage with occasionally turning on noise canceling. And voice assistants, although the specifications only feature Google Assistant, you can also trigger Cortana and Siri when paired to a Widows 10 device and an Apple device respectively.

Do check around on other online shopping sites like Lazada, or even Amazon as you may find better deals.

The WF-SP700N is the first wireless earbuds I’ve tested and I understand now why wireless headphones/earphones are the future. Not having to deal with wires makes everything less restrictive and cumbersome. I found myself naturally walking away from the streaming source without worrying whether the wires were long enough. In simple terms; uninterrupted listening experience. And it’s amazing how much tech you can fit in devices these days. Tell me noise canceling on headphones and I’ll go “Yeah for sure”. But to have it in a tiny device like the WF-SP700N? That’s a feat in itself. The sound quality is great 90% of the time, the built quality is solid, fits in your ear snugly and the seamless pairing should make this a definite purchase. Unfortunately, it’s not that straightforward.

This is because I’m of two minds. On one hand, the WF-SP700N is advertised as earbuds for the active lifestyle. I assume ‘active lifestyle’ would mean more focus on moving about with audio accompanying you rather than videos. And if that’s the case, then this earbud would be suitable from the get go. This is because the syncing problem with audio and video would be a non-issue. On the other hand, why would you not use the WF-SP700N while watching movies or playing games? I mean, since you’ve bought it, might as well utilize it fully right? But the thing is, you can’t, due to syncing issues. Which means you’re left with a pair of earbuds that can only listen to music. Such wasted potential really.

So, should you get the WF-SP700N? If you want a dedicated earphone only for exercising and outdoor activities, then yes, the WF-SP700N is more than capable of being your partner in crime. “Ok, but what if I want to get the WF-SP700N as my daily driver for everything? Including music, movies and games”, then the answer is a no. You better look elsewhere. 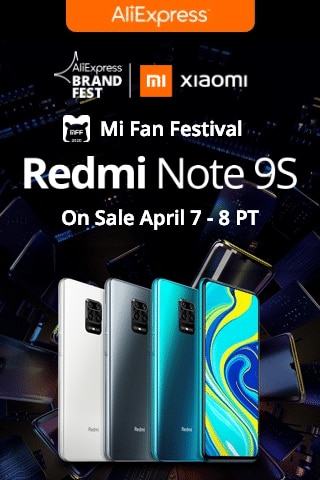 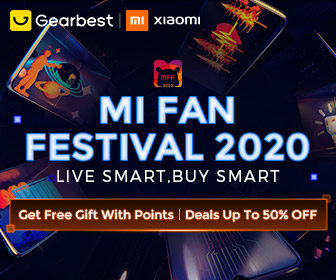 We continue building the Gameshell with Day 02! It's going to be an easy one today, so let's not waste... 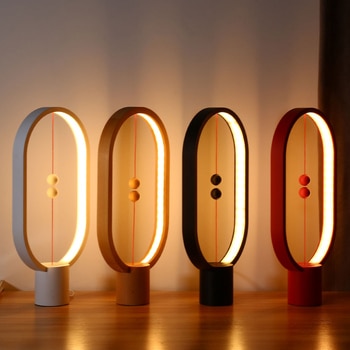