What is it? What does it do?

The flic hub consists of a button and a hub. Essentially, the main feature is this: Press a button to trigger an action (i.e turn on lights, play music on Spotify etc). The original flic worked by being connected to your phone. The flic hub works by the flic button connecting to the hub instead of the phone. Which means your phone’s bluetooth needn’t be on or near the flic button for you to use it.

The Flic hub consists of a few components: the hub, flic buttons, an infrared (IR) blaster, usb charging cable and clips which you attach to the buttons and then to your clothing.

The setup for the flic hub is quite a big chunk so I’ve created a separate section which you can view here. Come back once you’re done!

There are many customizations which you can tinker but let’s start with the basics; single action. With single action, you assign a click (Single, Doulble or Hold) to trigger an action.

Say you want to turn on your TV? Sure, point your remote to the IR blaster, let it record the signal and assign it to a flic button. With a push of a button, your TV is now on. Other home appliences that can work could be your aircond or even fans.

Another useful service to use Spotify. You could assign actions like toggle music playback, go to next track and even launch your favourite playlist.

Trigger your favourite IFTTT applets with the flic button. The types of automation you can create are endless and is up to your imagination. One simple example is sending an email with a push of the flic button.

Think of multiple actions as having a combination of single actions in a click. For example, you could assign a click to dim the lights and launch your spotify playlist at the same time. How cool is that.

That audio port at the back of the hub? That’s for connecting to a speaker for feedback. What this means is whenever you press your flic button, the speaker will play a short audio clip. You can select from various sounds like ‘beeps, horns, rings’. This is a nice addition that users may find useful if they want to know that the click did register.

Using the flic hub was almost magical. Here you have a button that you carry around or placed at strategic locations in the house, and at a click, your tv turns on or your lights turn off. The first time this happened my reaction was “Oh. Wow. ”

During my time with it I had mainly used two buttons; one flic button acted as a tv remote and the other as a smart bulb controller. With the tv remote, I had set it to toggle On/Off with a single click. And the performance was as expected – as if I was using my regular tv remote. It switched on with a click, and switched off with a click. Perfect.

Moving on to the smart bulb (LIFX). With the smart bulb, I had set the flic button to turn on with a click and turn off with a double click. The performance was acceptable in that the reaction of the bulb could be faster. I noticed a 3 second delay everytime pushed the button. It’s not instant, but not that bad either. I’m sure the delay has something to do with the flic hub accessing the LIFX services and subsequently firing the commands to the bulbs. As I continued to use the flic button, I began to realise how useful it is shifting control from your smartphone app to a physical button. Now you don’t need to search for your phone, unlock it, open the app and then access the controls. All of it can be done with a push of a button. In fact, I find it a chore now to access the controls from my phone (technology is making us lazier I tell you).

The other service I played around with was Spotify. I had assigned a click to toggle Play/Pause, double click to go to next track and hold to launch a playlist. And again, it worked as expected. One thing to note is with play/pause and next track, you first have to start playing a song. If not, it won’t work because Spotify doesn’t know what to play/pause or which track continue to. Not with the hold action though as it can load and start playing your set playlist. Even when your phone’s screen is locked, the flic buttons still work.

In terms of battery (CR2016) life, it is advertised to last for 3 years. Fair enough since it’s using Bluetooth Low Energy to connect to the hub.

The only oddball I had  was accessing the hub. To access the hub from your phone, you have to turn on your phone’s bluetooth. This is despite the fact that the hub is already connected to the home network. It’s an unnecessary step and an illogical one. Still on bluetooth is the range. The specifications mention that you can use the flic button up to 150 feet (50 metres). I’m not sure about that.  Because at 20 feet it started to lag. Just to give you an idea, the flic hub is located in the living room and the furthest I could take it with me was my kitchen (30 feet). It still responded at 15 feet but as I went further away the bluetooth signal was choppy. It meant that I could only use it within the living room. What a bummer as I was hoping to use it upstairs for one of the smart bulbs.

It’s worth noting that the services (i.e. Spotify, Philips Hue, IFTTT) available on the flic hub is dependent on the flic developers and not the individual companies. For example, let’s say Philips Hue wasn’t supported. It is the responsibility of the flic developers, not Philips, to bring Hue support to the hub. I guess this is good because by taking ownership, they’ll be on their toes listening to requests from the flic community.

Who knew that pressing a button could be so intuitive and convenient. In terms of smart lighting, the main impact it had on me was being able to not pause whatever I’m doing to find my phone and use the app to turn on/off my lights. I could just do it with a click of a button. In the age where most user interface is going digital, having something physical to touch is always welcomed. It’s just the minor things that I hoped could have performed better. The bluetooth range for example left me disappointed that I could not use it further than advertised. I guess get another hub for other parts of the house? And I could not wrap my head around the need to connect to the hub via bluetooth on my phone instead of WiFi. Isn’t this a given? Anyways, these annoyances don’t really get in the way of everyday usage. In terms of services, although the official list supported by flic is sort of limited, there’s a workaround in the form of IFTTT. So there’s no excuse of not customising flic to your heart’s delight. Overall, the flic hub is well thought of product. Things get done at a press of a button and I love it. It has become a staple in my home for the past month, and will be for the coming years.

The company behind the messaging app Kakao Talk has partnered with design firm Nendo and announced their new line up... 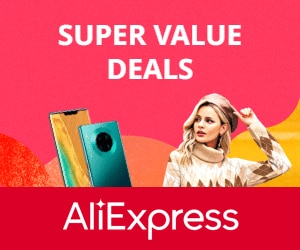 Finally! You've heard about 'em and read about 'em.  After much delay, we have the Philips Hue White and Color... 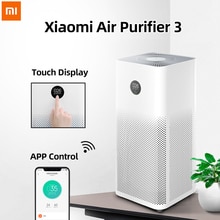 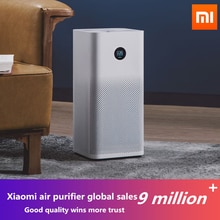 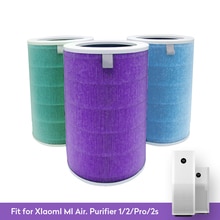 Here's a scenario that some of you might face: You have a pair of bluetooth headpones, you work on a...

If you're a frequent traveler that jets all around Asia, Internet access is vital. And having not to worry about...

How to link Tile to Alexa